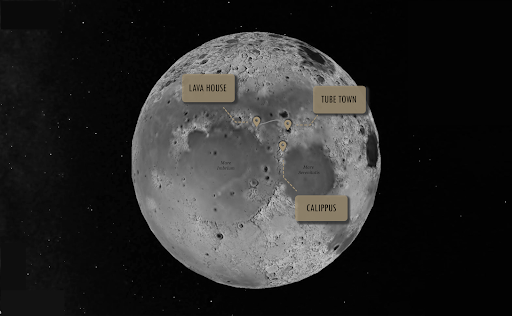 What is Tube Town?

In 2028, as interest in the Moon again wanes, an intact sub-surface lava tube is discovered. The lava tube is converted to a Moon base and naïve and idealistic young Commander Billy Nguyen of the newly-formed International Space Program is placed in charge of Moon Base 3 which everyone calls Tube Town. His crew of nearly one hundred people from the many different countries of the ISP are not traditional astronauts, but rather, engineers, geologists, scientists, physicists, and technicians.

He thought his job was to manage the crew and make sure the mission of sending humans to Mars was accomplished. He soon discovers that he is in space race version 2 with the CNSA to be the first to land humans on Mars. After a close call, he vows he will never be unprepared for human danger again. He devises a plan to beat the CNSA to Mars but he has a different goal in mind. While he is trying to do this, competitors arrive and conflict ensues. There is very little law on the high frontier and no one else to enforce it. Space is… not easy, but it turns out that the best way to get to Mars is through the Moon.

Nearly all of the technology described in the book exists today in some form. No FTL, no transporter beams. Technology that has been discovered, exists in the lab, or as a prototype, has been extrapolated into the future.

Brian P Dunn
Author of Tube Town - Frontier. I write hard science fiction, at least it's hard for me.